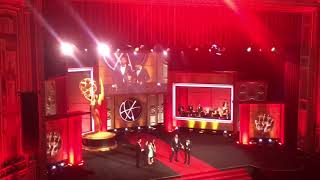 One of the best moments of my life!

Lost in Oz winning the 2016 - 2017 Outstanding Sound Editing for an Animated Series! I can't put into words how incredible this night was!

How to use your iPad like a Sound Designer pro!

Sound Editing while traveling - Can it be done?

A BIG step up in my career - SUPERGIRL